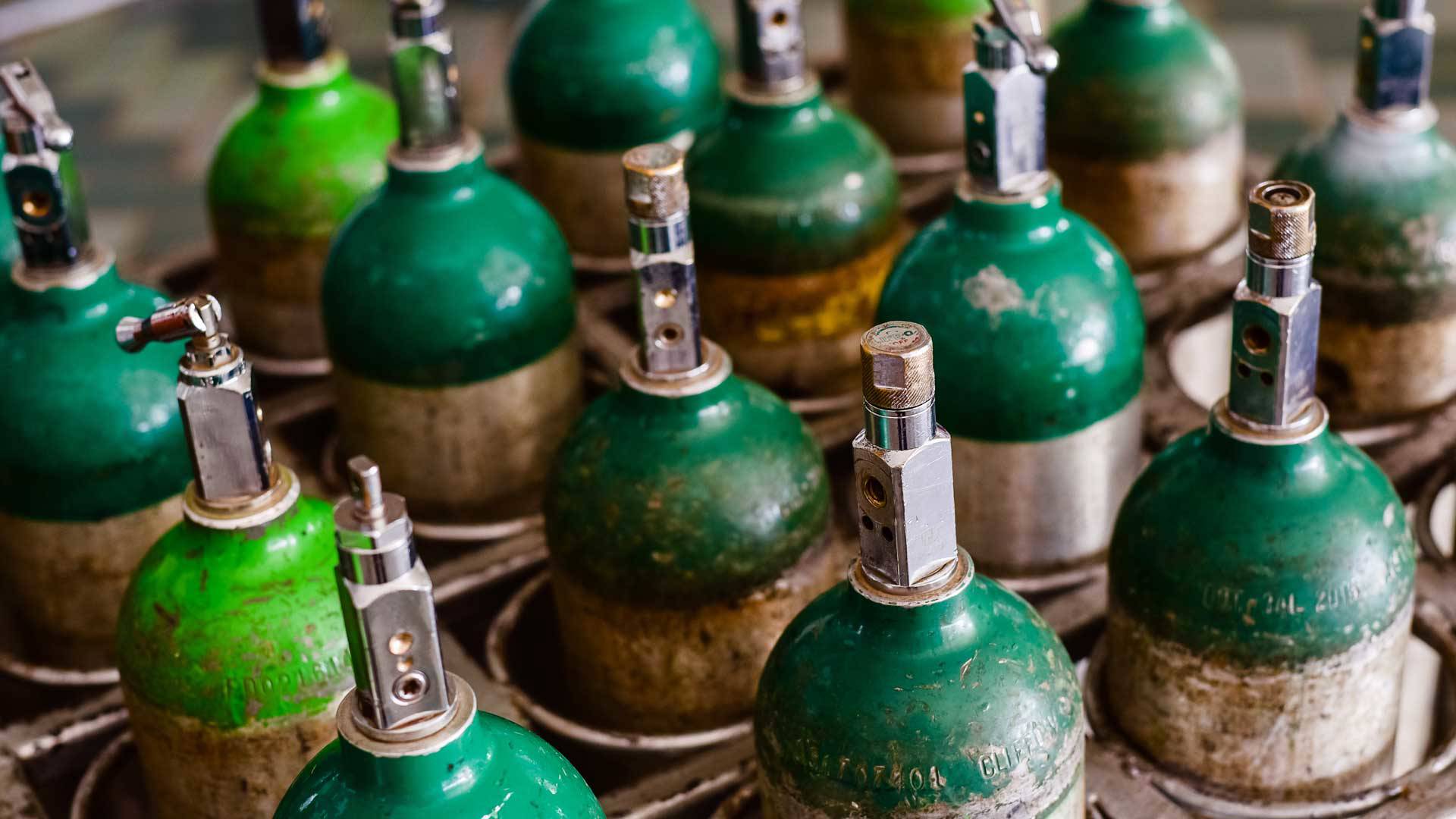 When a crucial oxygen plant broke down, our technicians from MAKEEN Energy stepped in quickly and restored their supply to local hospitals.

In a remote town in northeast India, Gayatri Medical & Industrial Gases produces and supplies cylinders filled with oxygen to the region’s small industries and hospitals. More recently, the COVID-19 situation in the country has made it necessary to divert all their oxygen to hospitals. The state of Bihar reported over 12,000 new daily cases in May 2021, meaning that the demand for medical oxygen to treat patients was immense.

Disaster struck when the oxygen plant broke down on 8 May due to a faulty crank shaft. It was the only plant of its kind in the nearby area, with hundreds of refill orders queued up. If the plant was not repaired immediately, patient lives were at risk. A replacement part was to be airlifted from New Delhi, over 1,000 kilometres away. Seeing the seriousness of the situation, the owners brought it to the attention of the District Administrator.

The District Administrator approached nearby industries – including HPCL’s liquefied petroleum gas filling plant in Sugauli, which is run by MAKEEN Energy under a facility management contract. Our Plant Manager Arjun Singh recognised the importance getting the oxygen flowing again, and he immediately formed a quick response team and rushed to the aid of Gayatri Medical & Industrial Gases’ plant.

Once there, the team swiftly began the work of identifying the root cause of the breakdown. After organising spare parts, carrying out repairs, making alignments and synchronising the plant, they got the plant ready for action in less than 9 hours. The refilled oxygen cylinders started to ship out within the next hours.

For both the district administrators, plant owners and the medical professionals, this was a big relief. The team’s efforts were greatly appreciated by the District Administrator, and the story was covered widely in the media. We are proud of our Indian colleagues’ efforts – they are the embodiment of our value “Don’t leave anybody behind”.