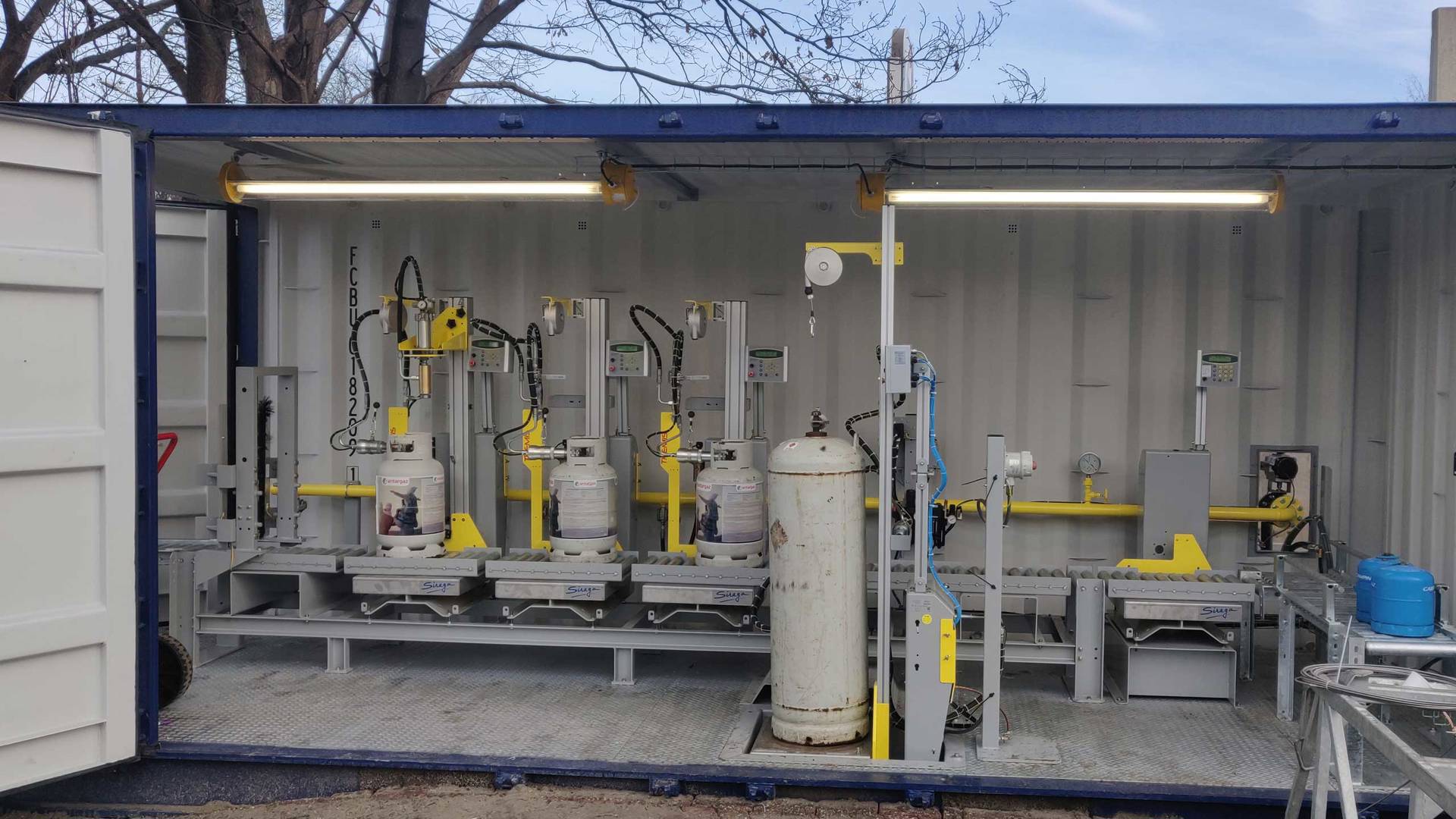 A filler rises from the ashes

Reconstruction of the filling plant

It was an unusual sight that met our personnel when Mike, the owner of Voets, walked into the office. Both of his arms were covered in severe burn injuries - a testimony to the catastrophe that he had experienced just a few weeks earlier. In August 2018, a cylinder in Mike's filling plant self-ignited for unknown reasons. The accident occurred while Mike's employees were filling cylinders, and the fire spread quickly. Soon, burning cylinders began to fly in all directions.

With his only filling plant burnt to the ground after an accident, the customer needed a completely new setup in as little time as possible.

A 20-foot container, holding all the filling equipment the customer needed, which could be delivered and installed in a very short time.

Voets is back in action approx. 5 months after the accident and has saved both time and money by not having to construct a permanent filling hall.

Aside from the filling hall, which was completely swallowed by the blaze, flames spread to the office building and caused significant damage. Luckily, Mike acted fast and managed to remove the dozens of cylinders stored just outside the filling hall - a courageous move that most likely prevented an even worse emergency.

The fire was extinguished in a few hours, but Mike's filling operation lay in ruins. With no means of filling gas, it would be impossible to fulfill his customers' orders. In an admirable gesture, a competitor offered to let Mike use their premises to fill cylinders until his operation was up and running again. But it was not a long-term solution. Mike needed his business back, and he needed it as fast as possible.

No time to waste

When Mike approached MAKEEN Energy in September, one of the first questions was, therefore: How fast can you get me back in action? It was clear that erecting a permanent filling hall was not an option - Mike did not have time to request building permits and begin a lengthy construction operation. Coincidentally, our people were assembling a filling hall inside a 20-foot container in our workshop at the time, and when Mike saw it, he was decisive: "I want that." That was on a Monday - by Wednesday he had already made the down payment. 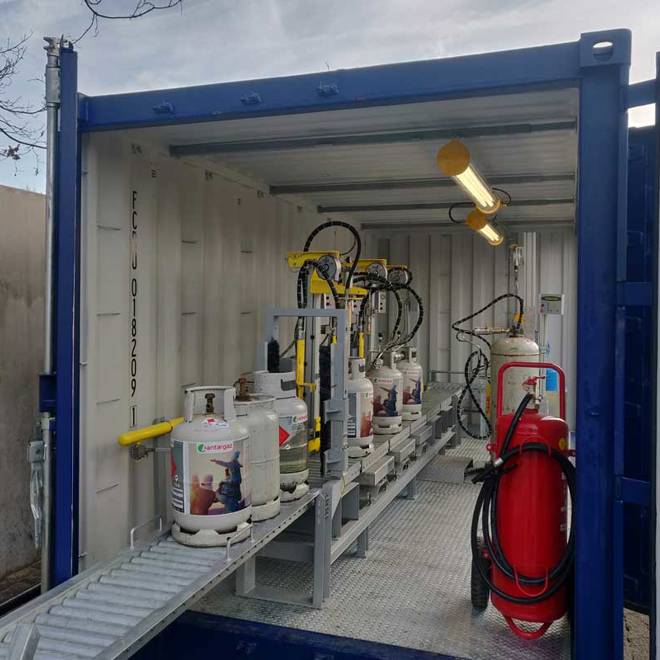 A container solution was the perfect option in Mike's situation. All his filling equipment would be put in a cargo container and shipped to his site. Not only did this liberate him from having to construct a permanent building - the container would act as a plug-and-play solution once delivered. All Mike had to do was provide a hose for gas and a cable for electricity.

In January 2019, Mike received his new filling plant: A 20-foot container with a conveyor line of three filling machines for small and medium-sized cylinders as well a stand-alone machine for large, industrial-size cylinders. He also got a 10-foot container to house the air compressor and electrical controls. In total, he would be filling around 150 cylinders per hour, enough to meet his customers' demands.

The week after Mike's new filling plant dispatched, it was installed and in operation. Mike was able to pick up where he left off after he lived through any gas filler's worst nightmare. And his relief is clear to see: